Geopolitical update on the Russia-Ukraine conflict, its impact on our outlook and China’s role 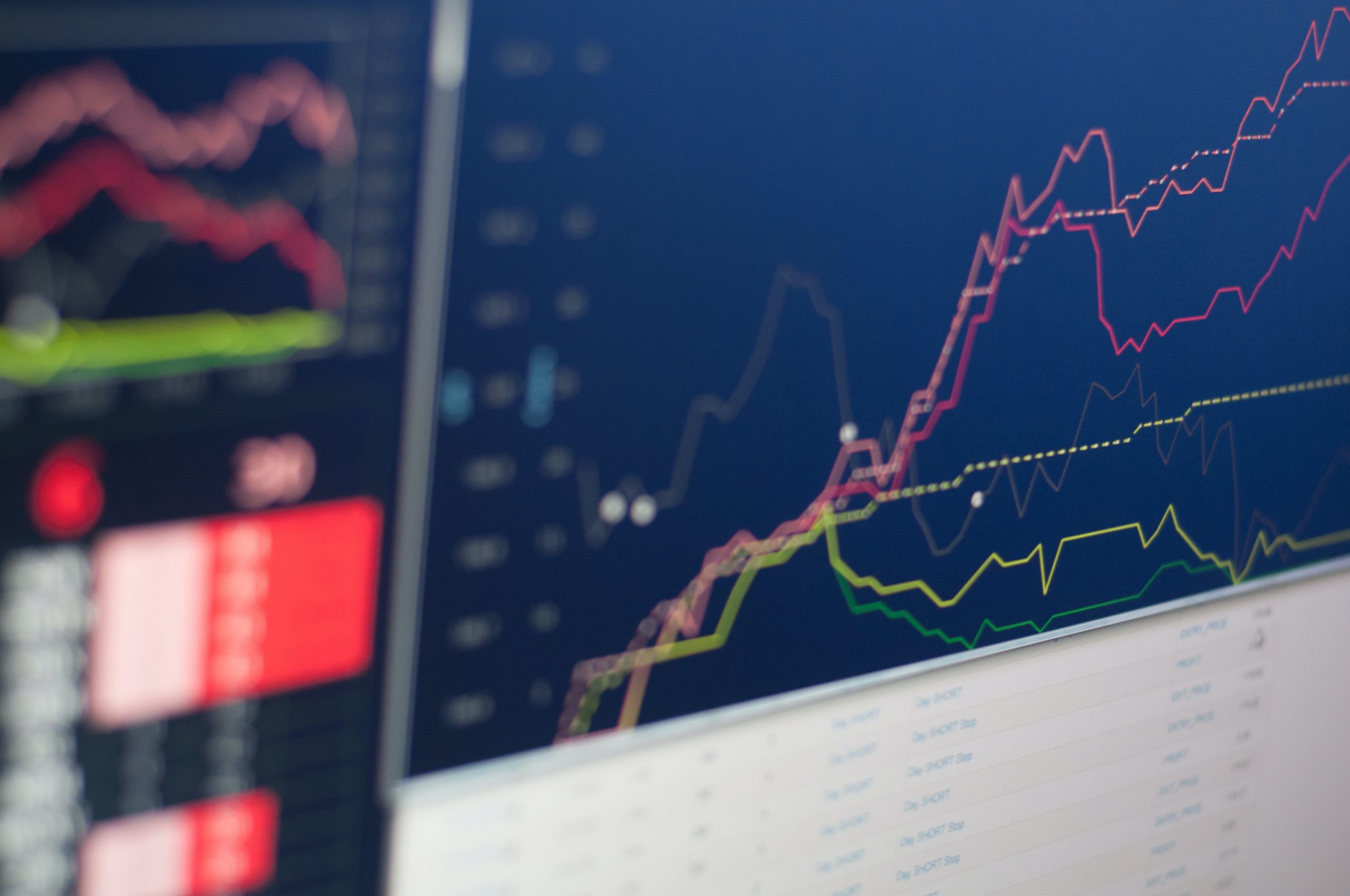 17 Mar Geopolitical update on the Russia-Ukraine conflict, its impact on our outlook and China’s role

Current state of the Russia-Ukraine conflict

The Russian invasion of Ukraine is still intensifying around the major population centers while Ukrainian resistance continues to impress in its ability to hamper, but not stop, the Russian advance. As the war enters its fourth week, it is becoming clear that the odds of either side achieving a decisive victory are shrinking fast. Russia’s superior firepower combined with its willingness to attack civilian targets mean it remains probable that it will conquer Kyiv, the territory east of the Dieper river and large parts of the coastal region in the south. In fact, more likely than not, the conflict will escalate until Russia achieves those aims because anything less would constitute a clear failure in achieving its goals of regime change and the establishment of a buffer zone. However, we do not think Russia will attempt to conquer the western part of Ukraine despite it turning into a haven for a Ukrainian government in exile. We think it will be deterred by western Ukraine’s difficult terrain and proximity to NATO countries, the strength of the Ukrainian resistance (bolstered by support from the West), the disappointing performance of Russia’s forces so far, the mounting economic and military cost and the difficulty associated with holding and policing conquered territory.

Implications for the endgame
If we are right, there are short-term and medium-term implications for the endgame of this conflict. In the short-term (next 3 months), a Russia that is not about to be defeated nor about to give up, and has yet to achieve its goals, is unlikely to agree to a ceasefire agreement, let alone engage in serious peace negotiations. Left-tail risk regarding NATO involvement or escalation using unconventional weapons (biological, chemical or nuclear) remains elevated during this time. In the medium-term (roughly 6 months), a Russia that has achieved its aims but is not inclined to conquer the whole of Ukraine will need to engage in ceasefire and peace negotiations to wind down the conflict and create a new status quo. And if Russia has not achieved its aims it will have to do the same with the caveat that it has to concede that what is not attainable on the battlefield is not attainable at the negotiating table either (which is why the hurdle for Russia to stop is very high).

Responses to the conflict
The response from the West (U.S., U.K., EU, Switzerland, Japan, South Korea, Australia & Canada among others) has been stronger, more coordinated, and quicker than many anticipated. The sanctions already in place have devastated the Russian economy and more are announced daily. There has also been a groundswell of self-sanctioning by the private sector. Companies are breaking ties, divesting assets, stopping operations and shelving investments. Before long, Russia will be running a ‘siege economy’ where it will live hand-to-mouth, not unlike countries like Iran and Venezuela. Its Misery Index (the sum of unemployment and inflation) is exploding higher, potentially threatening the country’s social stability.

The response from the East, most notably China and India, has been more circumspect. India is clearly hesitant to completely abandon one of its main weapons suppliers and it has strong historical ties to Russia. However, it is unlikely to outright support Russia and antagonize the West, in whose direction it has been tilting over the past decade. For China, this crisis is both an opportunity and a threat and it is seemingly playing both sides accordingly. The opportunity resides in pushing back against the West and NATO, which it is doing by blaming them for the crisis, refusing to diplomatically condemn the attack let alone join the sanctions regime and amplifying Russia’s disinformation campaign in its local media. It wants to be seen as a beacon of stability, calling for a peaceful resolution. It also has its eyes on Russia’s natural resources, and is clearly focused on maintaining a close trading relationship. The threat to China resides in losing Putin as an ally, being seen as abandoning its stance on national sovereignty and territorial integrity and in the economic and diplomatic fallout from being seen by the West to provide outright support to Russia, either in circumventing sanctions or selling weapons and materials. The West is watching China very closely, and any signs of a formal alignment with Russia will be met with a furious response. For a country whose economy is still heavily dependent on global trade, the unified response from the West against Russia is probably acting as a deterrent to provide opportunistic support. China’s greatest fear is isolation in the face of a united West that stands against it and it has more to lose than to gain from supporting Russia.

Key questions
There are two questions that keep coming up with respect to the Russia-Ukraine conflict: (1) What is your latest assessment on its impact on growth and inflation for different regions?; and (2) Could China save Russia from the fallout of the sanctions regime and by extension, will they create an ‘authoritarian axis’ against the West?

Impact on economic growth and inflation
Our overall assessment of the impact of the crisis on economic growth has not changed. Given their greater exposure to both the direct and indirect impact of the crisis we have lowered our growth outlook for Europe and EM. The U.S. is less exposed and we expect it to be able to weather the storm. The risk of recession in Europe for the full year in 2022 is still relatively low, although a technical recession (two consecutive quarters of negative growth) is possible. To combat the negative impact of higher energy prices governments are providing fiscal support, and we expect more will be done in the months ahead. The combination of lower economic growth and higher inflation from commodity prices means Europe in particular will go through a short-term stagflationary episode. But we don’t expect it to last long as commodity prices either adjust or destroy demand (probably a bit of both).

Can China save Russia?
Although we don’t think it is in China’s best interest to overtly support Russia in this war, it is worthwhile to think about what it would mean for Russia if it did. First, however, it is important for the sake of perspective to note that even though China is Russia’s largest trading partner at $147bn in 2021, that same year China traded $657bn with the U.S. and $828bn with Europe.

The first thing to note about China’s potential support is that in the short-term, it cannot replace the West as a buyer of everything that Russia produces. The physical infrastructure to transport the goods is simply not there. The train tracks going to China are old and overextended already. People often forget that even though Russia and China share a border, Beijing and Moscow are 3,600 miles apart. Most of Russia’s economic activity and population is west of the Ural, and most of China’s is on the coast. Even more, with shipping companies unwilling to take Russian goods, and insurance companies unwilling to insure it, there is simply no way China can step in with size in the short-term.

Of course, that picture changes when we extend our time horizon. Infrastructure can be built, trade routes opened, bi-lateral financing arranged. And we certainly believe there is plenty of appetite in China for much of what Russia produces. However, even if we extend the timeline, the loss of western technical expertise will be keenly felt in Russian production capacity and China will be a cautious actor. As a country, China is much more exposed to our globalized world and China will fear an acceleration of the existing trend of supply chain differentiation away from it. Finally, although Russia might not have a lot to say about it, we cannot help but think Putin did not intend for the country to become dependent on China.

In other words, even though we believe the crisis in Ukraine will eventually deepen the rift between the East and West, we don’t think we are going to see an overt Russia-China axis in the short-term. Over time (5-10 years) that can change, and Russia will surely tilt more to the East out of necessity, but the risks and physical limitations mean it cannot be done in the short-term.

Conclusion
The situation in Ukraine remains very fluid and uncertainty is elevated. We have lowered and pivoted our risk exposure in the Global Policy Model by selling developed ex-U.S. and EM equities, buying U.S. equities, high yield, TIPS and cash. In doing so we are less exposed to the direct and indirect impacts of the conflict. We also have some dry powder available should an opportunity present itself in the future. For now, however, we are monitoring the situation, paying close attention to the battlefield, the evolving sanctions landscape and China’s behavior.

If you have questions about the geopolitical climate or current market trends, please contact Managing Director, John Bohan, CFP® or our Director of Portfolio Management, Steven Post, CFP® at Investment Trust Company.